Peedamulla Homestead was built by the Burt brothers in c1915 and is considered one of the top ten pastoral stations of that time in the north west of Western Australia. It has 18 inch thick stone walls which were made of locally quarried stone and a verandah wrapped around the homestead. The roof was damaged in 1984 by Cyclone Olivia and is currently a ruin with some remnant features such as the walls of the homestead, adjacent kitchen, outbuildings and water tank still extant.

Staged works for the restoration of Peedamulla Homestead commenced with the removal of asbestos. At the end of 2018 the framing for the roof was installed. The design for the new roof is cognisant of the fact that the area is one of the most severe cyclonic wind regions in Australia.

Hocking Heritage + Architecture have worked collaboratively with the Gumala Aboriginal Corporation in the restoration of this heritage listed place based on historic evidence.

Further funding is being sought to enable the roof works to be completed. 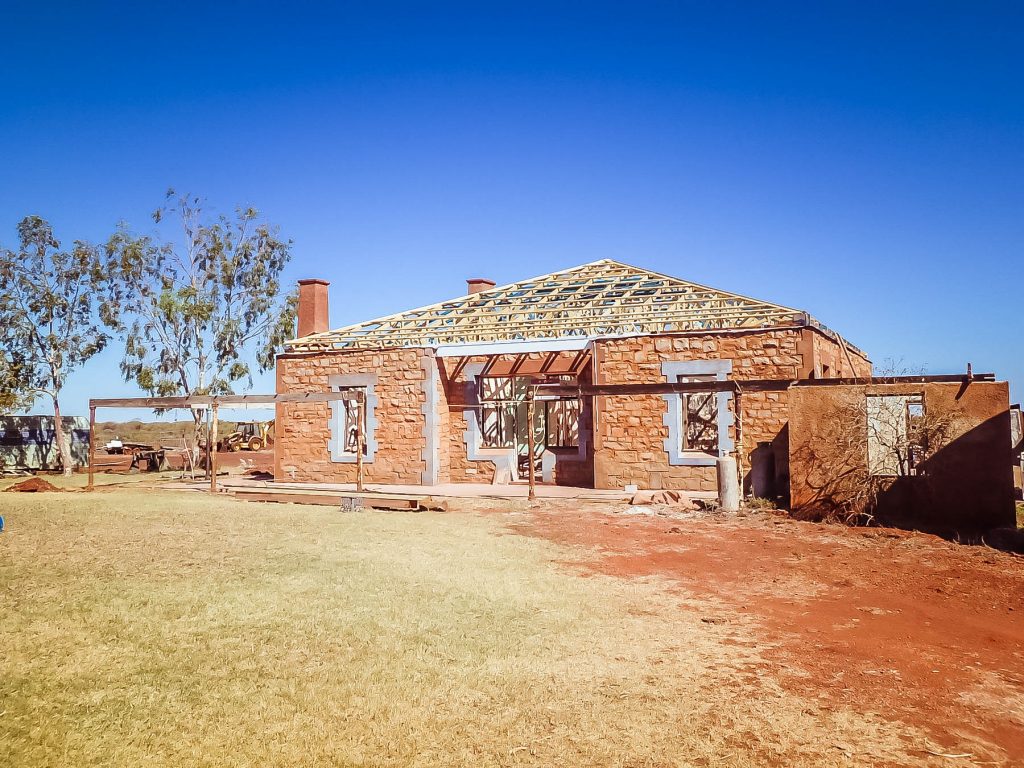